Macaw: Could this be the front end web design tool we’ve all been waiting for?

If you’re a web designer or developer and you haven’t been living under a rock this week (or on tight deadlines and trying to stay off twitter).. then you’ve probably already seen the screencast walkthrough of Macaw.

It’s generated a fair bit of interest from people in my twitter stream, however the under discussed, yet arguably the most impressive feature of the entire video really comes at the last second – the code. This is the first time i’ve seen a WYSIWYG style editor that is trying to deal with modern issues, like responsive design, that produces decent markup.

I’m sure that in practice there is a workflow that would need to be learned in order to get Macaw to actually generate clean semantic markup – however this is a massive leap in the right direction. One might even argue that this is what Muse should have been.

The other interesting tidbit is that @attasi alludes to the fact that the app is built on top of HTML/CSS technology, wrapped (assumedly in a Webview) – for a purely HTML application, the interface looks pretty sweet. 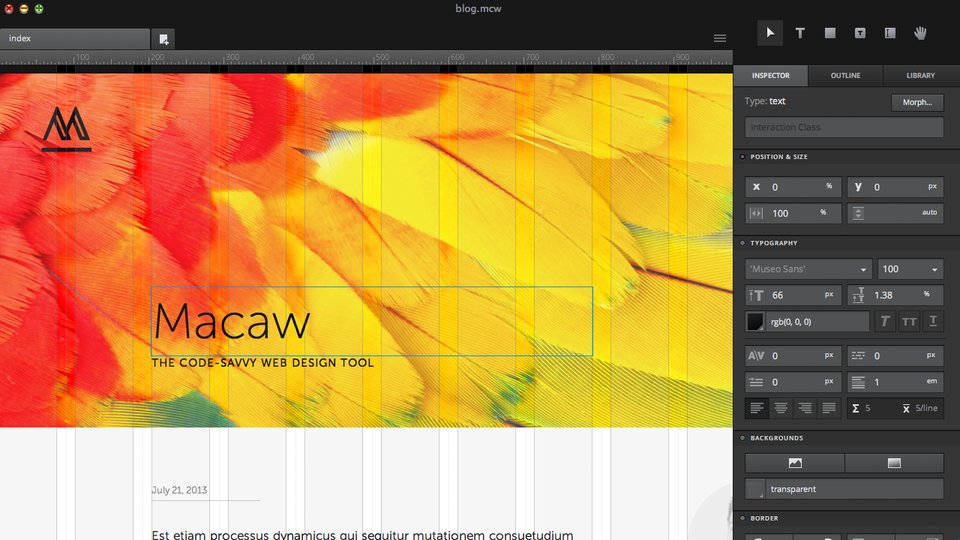